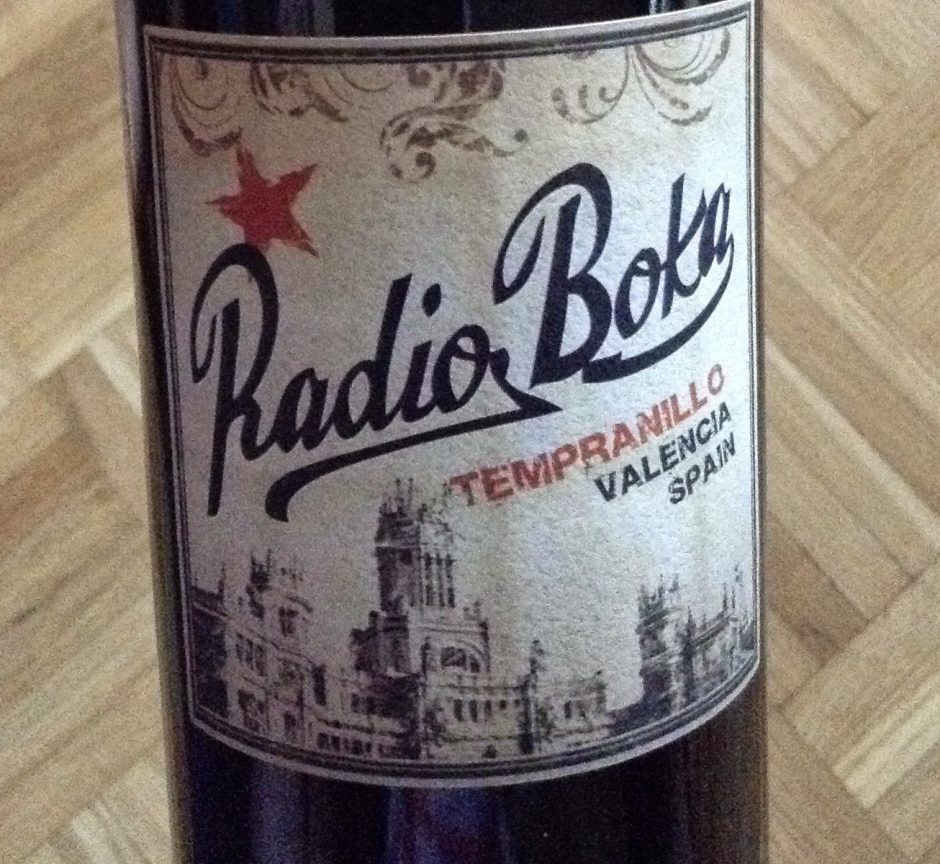 Shawn and I recently celebrated our fifth wedding anniversary with a trip to Prince Edward County. We had to make a quick detour from our PEC wine tasting to stop at the LCBO in Picton to pick up a wine called Radio Boka. I was scheduled to interview the winemaker as soon as we were back and I wanted to try the wine in advance.

That the LCBO in Picton had a shelf full of a new-to-Ontario Spanish wine was a bit surprising, but in the moment I was just happy to have been saved the hassle of searching it out downtown.

When I learned that Picton was the #2 store for sales in the wine’s first few weeks on sale in the province, I was even more shocked. Having tasted it, though, I can understand. Radio Boka retails for $10.95 in Ontario. I can be a bit of a snob when it comes to wines at such a low price, but this is an exception – Radio Boka is a 100% Tempranillo from Valencia and it’s quite a good value. For someone looking for a low-cost, but quality cottage sipper, this would be a great choice.

Winemaker Daniel Gimenez is very clear about the type of wine he set out to produce – very fruit-forward with ripe, vibrant Tempranillo. He wanted it to be easy-going, although with a richness that made it stand out. “We don’t want to over-deliver something too complex,” he explains. “It’s just about having fun with nice company.”

Inspired by the fact that so many of the staff at their winery had been involved in pirate radio when they were young, Radio Boka was built around the common love of wine and music. “We said ‘why don’t we make a wine souvenir of that time? Something really, really lively, not too technical or boring, just informal and fun,” Gimenez explains.

And it does deliver on that. This is a good wine to have at a party or relaxing by the lake. And I love that the team is so open about what they are trying to do. Sometimes winemakers shy away from the idea that wine can be uncomplicated – there is something refreshing about spending time with a winemaker who is very open and comfortable with talking about actively setting out to make a wine that is fun.

Radio Boka comes at a good time in the Ontario market. There has been increased demand for Spanish products and at its low price-point, it fills a niche. This is also a wine that will appeal to a younger, hipper audience looking for a lighter and more casual Spanish wine.

When Shawn and I returned home and cracked open the bottle, we were both impressed. The fruit was lively and the wine was easy-drinking and refreshing. It was enjoyable with dinner and just to sip while relaxing on the couch afterwards. Unlike many Spanish reds, there is almost no oak used, so it’s lighter and less earthy than I have come to expect in a Tempranillo. We liked it.

And as to what the winemaker would pair with his wine? He suggests pizza, barbeque or Spanish tappas, but is quick to note that the ideal pairing is whatever the consumer decides – it’s a casual wine for casual food.

Nicholas Hammeken, CEO of Hammeken Cellars, the home of Radio Boka, notes that Gimenez is at the forefront of a transition in Spanish wine – one of the young winemakers who will shape the history of winemaking in the area. Gimenez, who trained in Burgundy and then went on to work in California and Chile, was inspired by the freedom to create he found upon his return to Spain. “Everything is really exciting when you are young and not following the history of what has already been done,” he explains. As Spain’s winemaking traditions are not as ingrained as in the Old World, there is room for growth and experimentation.

Already very popular in other provinces across Canada and one of Hammeken’s best-sellers across the board on many continents, including Australia, North America, Asia, Europe and Africa, the Radio Boka team are confident that Ontarians will fall for their wine. They are hopeful that they can follow-up with a white and rosé in 2015.

You can find Radio Boka at LCBO stores across Ontario.