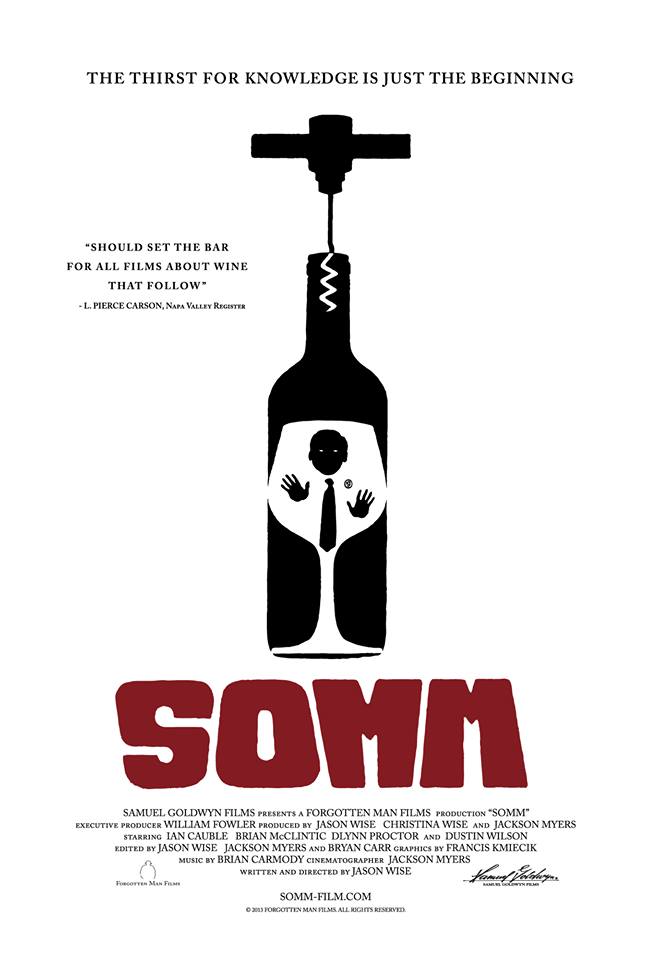 It’s hard to believe it was 2012 when the first SOMM movie was released. I bought a ticket to the Toronto premiere, held a day before my first ever wine exam, and I remember watching with rapt attention. To say I loved it would be a vast understatement. A documentary about the intense (to put it mildly) process of becoming a Certified Master Sommelier, SOMM was a revelation to me as a wine student. There were people far more obsessed with the topic of wine than I could ever hope to be and they were fascinating and intimidating. It may have psyched me out a bit for my exam, but I never stopped thinking about it or telling people how incredible this documentary was. I still do.

I’m not entirely sure how I missed seeing SOMM 2, but I understand it was a favourite with wine lovers and I assume it’s also pretty great. That said, when my dear friend Kari MacKnight Dearborn let me know she was hosting the premiere of SOMM 3 in Toronto, I was quick to purchase a ticket. The event, which was a fundraiser for the Canadian Association of Professional Sommeliers, was held at Toronto’s TIFF Lightbox Theatre in November and featured a complimentary branded GoVino glass with a sample from Mark Anthony Wines and a bag of popcorn. Of course, the major draw, outside of SOMM 3, was the post-film panel with director Jason Wise, who is a firecracker full of energy and enthusiasm for his films.

The movie itself? Whereas SOMM was a documentary anyone with even a passing interest in wine–or in watching people who are weirdly obsessive about “winning” some sort of great prize go to insane lengths to do so–SOMM 3 is aimed squarely at the wine geek market. It features Jancis Robinson, Steven Spurrier and Fred Dame, a Pinot Noir tasting that plays off the Judgement of Paris and so much wine geekery that I couldn’t help but love it. To say I was part of the target audiences would be an understatement.

Will SOMM 3 play to audiences beyond the wine obsessed? I hope so. But I’m not as certain about that as I was after watching the first film in the series. After the credits rolled, I noted to the friends who had joined me that I loved it, but I didn’t think Shawn would. He wouldn’t know any of the main characters and, while SOMM would have held his interest because it’s just a fascinating story on every level, this might be too inside baseball to keep him interested.

That said, if you’re reading my blog you are likely a wine lover and, thus, I expect you’ll like this movie very much. It’s fun to see people nerd out about expensive and obscure bottles of wine, it’s always amazing to see Fred Dame blind taste and I’d watch Jancis Robinson do basically anything. SOMM 3 is available now on (Oops! Just learned I erred on this it’s available on Amazon, Google Play and iTunes) – and I hope you’ll take the time to check it out.

Highlights from the Restaurants Canada Show

Drink: The Intimate Relationship Between Women and Alcohol