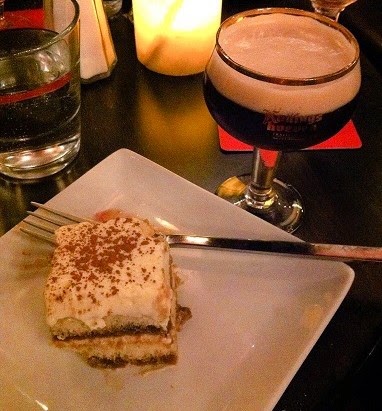 When I was invited to a media dinner at Prenup Pub, which recently opened at 191 College Street, I wasn’t sure what to expect. My experiences with beer have not been great ones – I just never acquired a taste for it – and pub food is hit or miss with my food restrictions (I don’t eat red meat). But Prenup is right around the corner from my office and I was curious about what I’d discover.

When I read the menu I knew this was somewhere Shawn would want to try – he is the beer drinker in our household and Prenup Pub has an extensive list of beers available. They also have a menu heavily skewed towards German and Austrian fare – foods that my husband gravitates towards. I felt like he should have taken over the blog for the night to give you a more accurate scoop on how this menu holds up.

But you’re stuck with me! And, while there were quite a few things I couldn’t indulge in, I did discover a few beers that I really enjoyed, and I was very impressed with the job Prenup Pub did in choosing beers to pair with the dishes. Wine pairing is something I take pretty seriously and I know it can be a complicated business – the talented staff member who chose the beer pairings for this meal should be commended for his excellent palate (I spoke with him briefly, but did not catch his name). 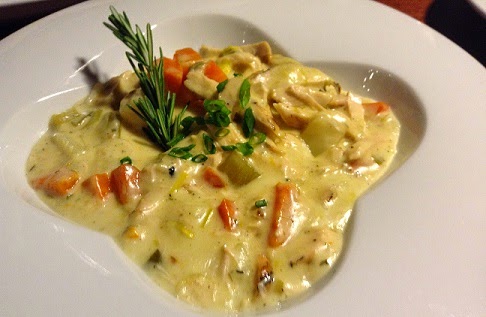 The menu at Prenup is, as is to be expected, meat heavy, but they do offer a vegetarian pizza and a hearty chicken stew, which I was able to enjoy. I really liked the stew – it was thick, creamy and perfect for a winter evening. I also thought it paired nicely with the Affligem Abbey Blonde Ale. And, always an important pub fact, the fries at Prenup are pretty darn awesome. 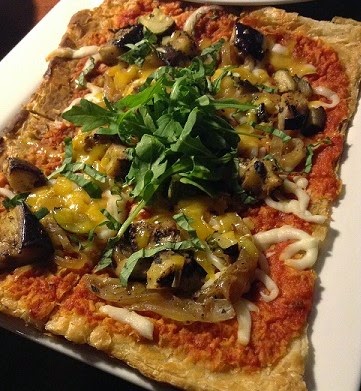 One of the most interesting moments for me was the dessert and beer pairing. I know wine and sweets are often a challenge, so what about beer? For this, they chose the Rudenbach Grand Cru, a sour beer – not what I would have expected. When I first tried it, I thought it was way too astringent and way too sour, but when I had it alongside a bite of the very sweet tiramisu, it worked well. The sour balanced the sweet and the finish was really pleasing. I don’t think I could drink the beer on its own, but as a pairing this worked for me.

Prenup Pub has the same owner as The Village Idiot and Sin & Redemption and they have obviously put a lot of time and money into turning it into a more upscale pub. The décor is slightly gothic with lots of chandeliers and sconces, but the atmosphere is still warm and inviting. It was very busy on the night of our dinner, with lots of students from nearby UofT filling two floors, along with several groups there for business dinners. In just a few months it seems to have developed a strong clientele.

The wine list surprised me. While it is on the lower end of the scale price-wise (a smart choice for a pub near a university), there was an eclectic and interesting mix. It seemed that while they chose to go with wines that were affordable by the glass, they had thought about what worked well with the menu. There were the expected German Rieslings and heavy reds, but also a nice mix of regions and varietals. I was surprised to see KWV’s Café Culture (a mix of coffee, chocolate and Pinotage) available by the glass. While that one is not for everyone’s tastes, it’s nice to see Prenup taking a chance with a unique selection. With a student-heavy clientele, that makes good sense to me. I may also have a soft spot because KWV’s Izele Van Blerk was one of my favourite winemaker interviews of 2014.

Will I go back to Prenup Pub? I don’t think I’ll have a choice! When I got home and told Shawn about our dinner he was eager to try things for himself. I’m game to check out more of their menu and maybe even try another beer pairing, if I’m feeling daring!

*This meal was complimentary, but the opinions are 100% my own. 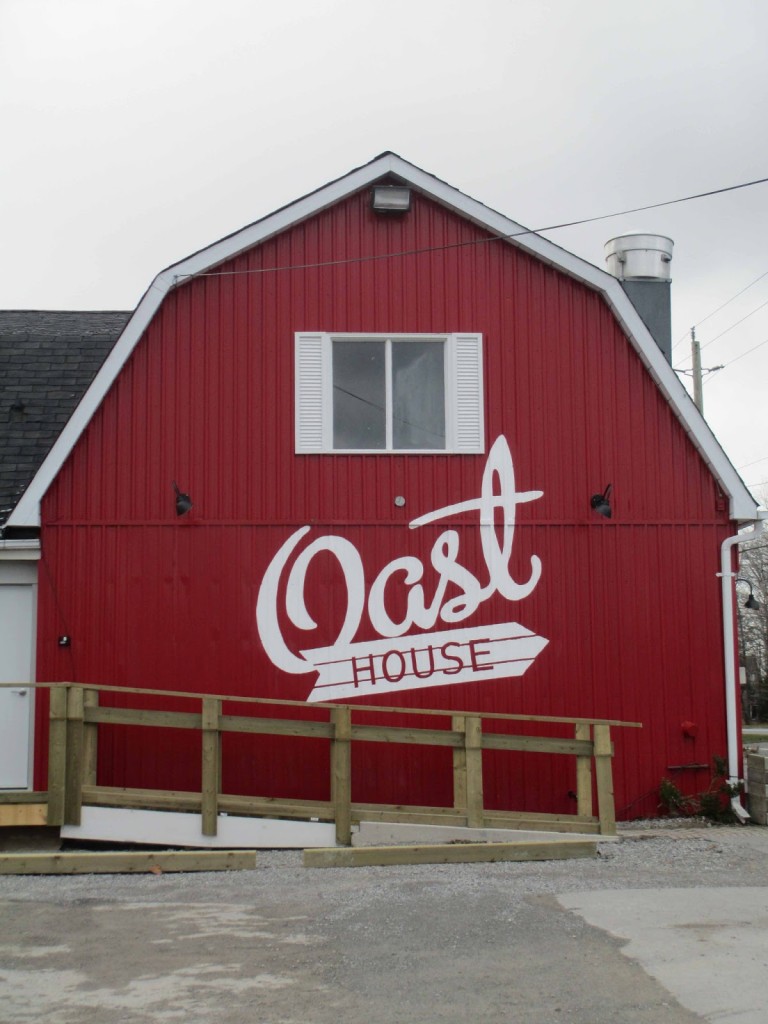 When we heard that there was a new craft brewery opening in Niagara, Shawn and I were thrilled. Shawn doesn’t mind wine but it’s not his passion, so for the most part he’s happy to tag along while I tour wineries and be the designated driver. However, when there’s a chance to visit a brewery or distillery we always try and take it because he’s much more interested in beer and spirits. Fair’s fair afterall.

And The Oast House, which opened in November, is a delightful place to visit whether you’re a beer fan or a novice like me. If you’ve driven down Niagara Stone Road recently you likely couldn’t miss their big red barn, which is the fantastic home to the brewing operation and a beautifully–designed tasting room. 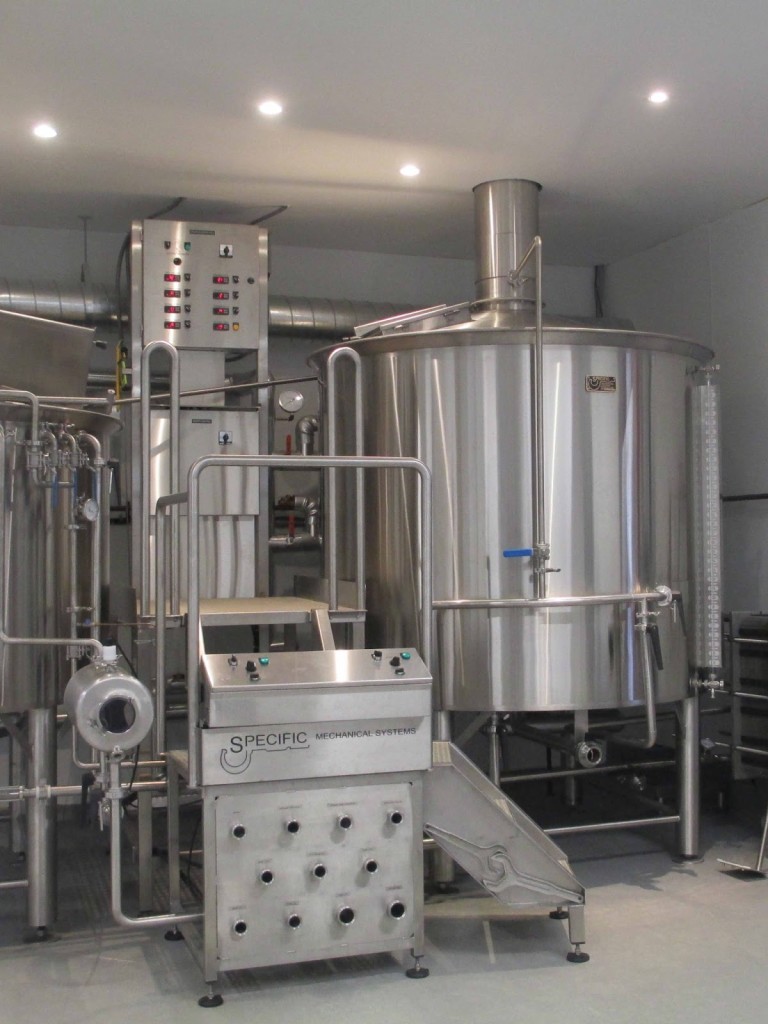 When we visited we were lucky enough to have a tour and tasting with co-owner Mike Berlis, who showed us the brewing operation and let us taste the three brews they currently have on offer. Mike’s a sommelier who has recently moved into the beer industry, so it was great to chat about how similar the two actually are.

So, since Shawn was doing the tasting and he knows way more about beer than I do, I thought I’d put him to work on helping me with the tasting notes. 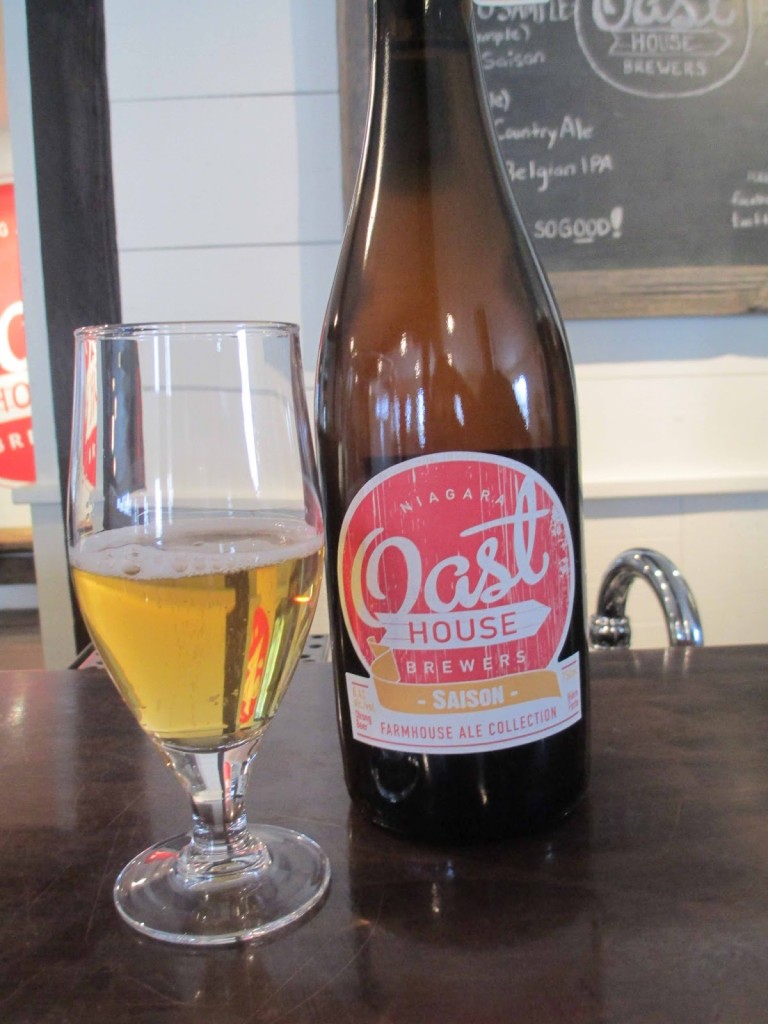 The Farmhouse Saison is a tasty strong beer with hints of banana. It’s an interesting process, as the beer is under cork and cage. This is an ageable beer that’s suitable for cellaring (although they’re still working out for how long, as this is their first vintage). It will be an interesting experiment to keep this one amongst our wine collection. 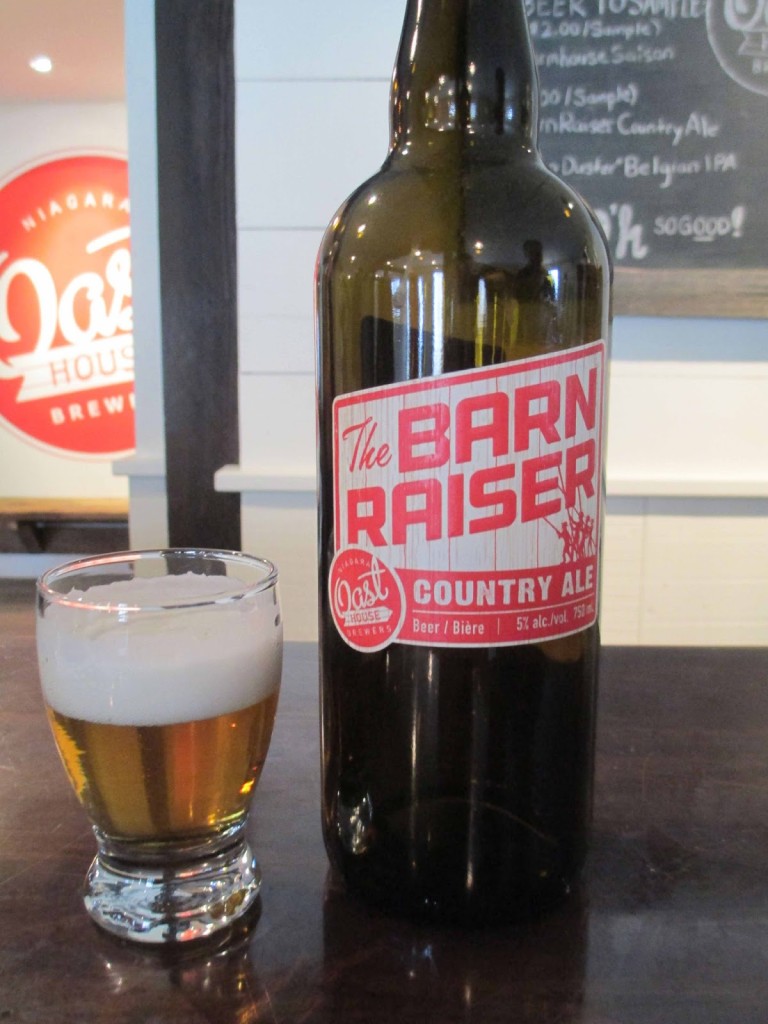 The Barn Raiser Country Ale has a citrus undertone and a clean, crisp finish. We would have liked to take some of this one home, but they’re all sold out so it’s only available on tap right now. We’ll definitely be back for this one. 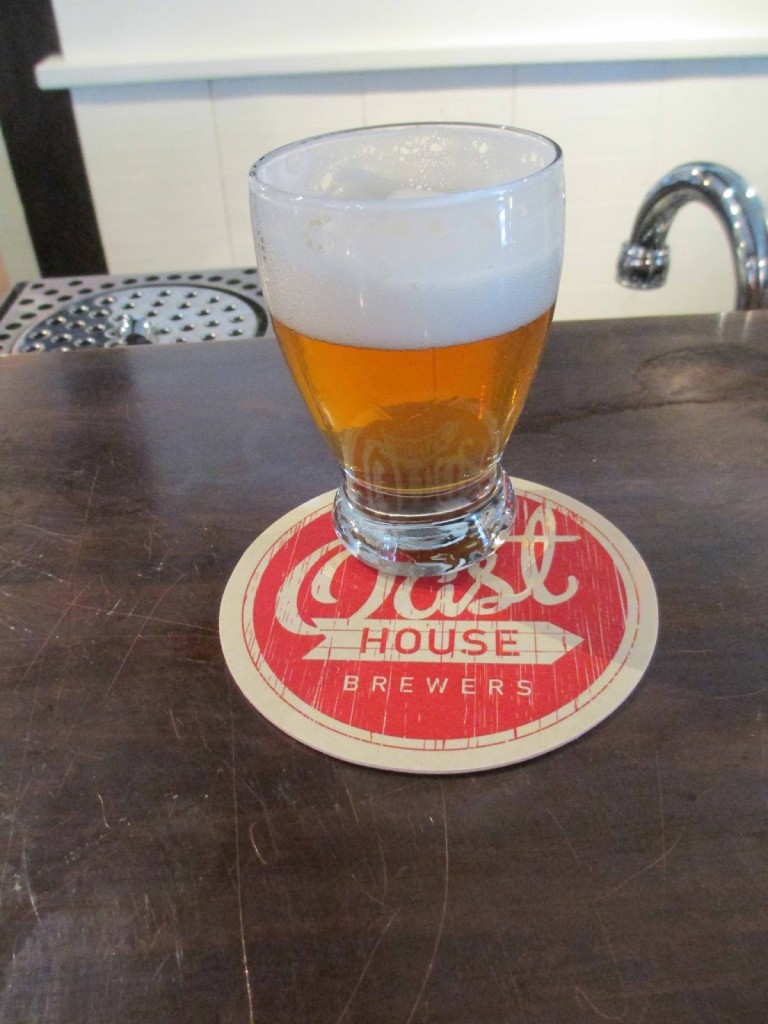 The Belgian IPA has a higher alcohol content and a long finish. Unlike some beers, this one isn’t bitter at all. It would be great with burgers, steak or barbecue. Mike also suggested pairing this one with a charcuterie plate or sausage, which would work well too. 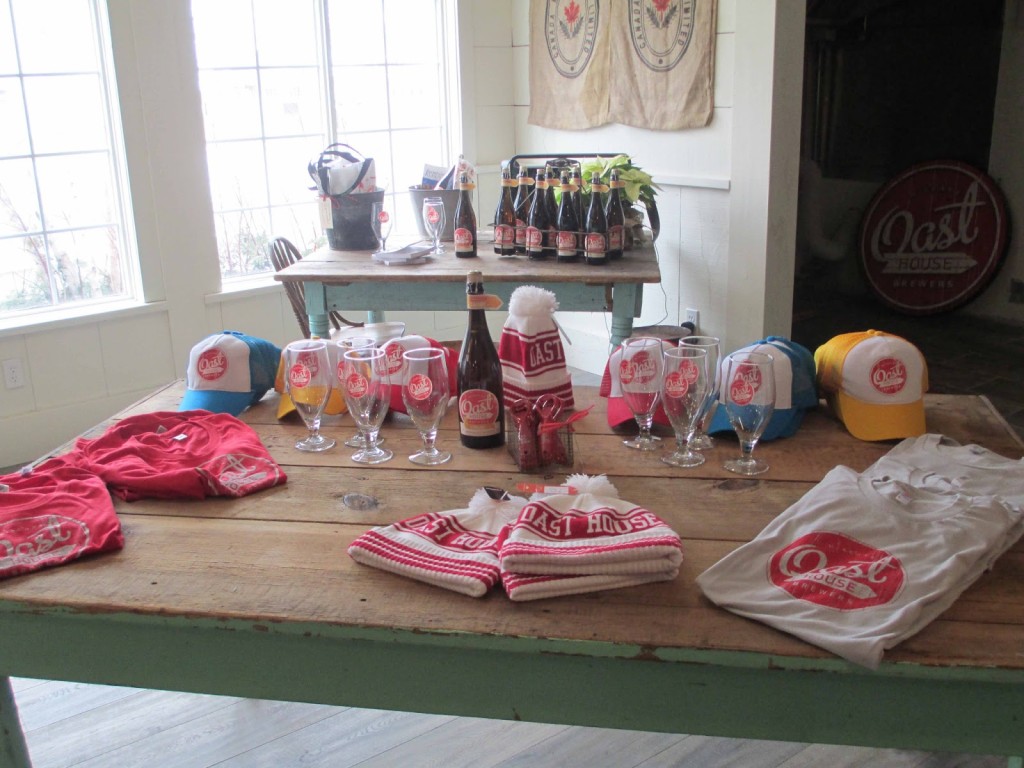 We will definitely be visiting The Oast House on our future trips to Niagara and look forward to bringing home even more of their beer.  A great
addition to the Niagara area!
The Oast House is located at 2017 Niagara Stone Road in Niagara-on-the-Lake.
Interested in learning more about beer? The Thirsty Wench has a fabulous blog about all things beer. Check her out here: http://thethirstywench.com/
Some more photos from our visit: 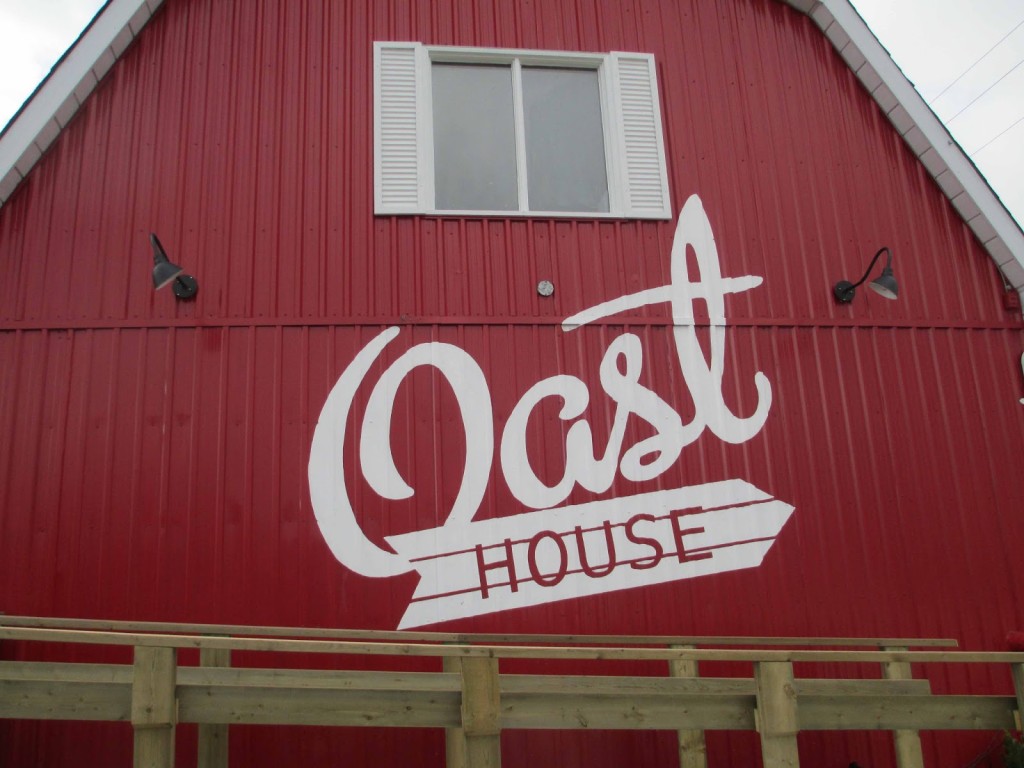 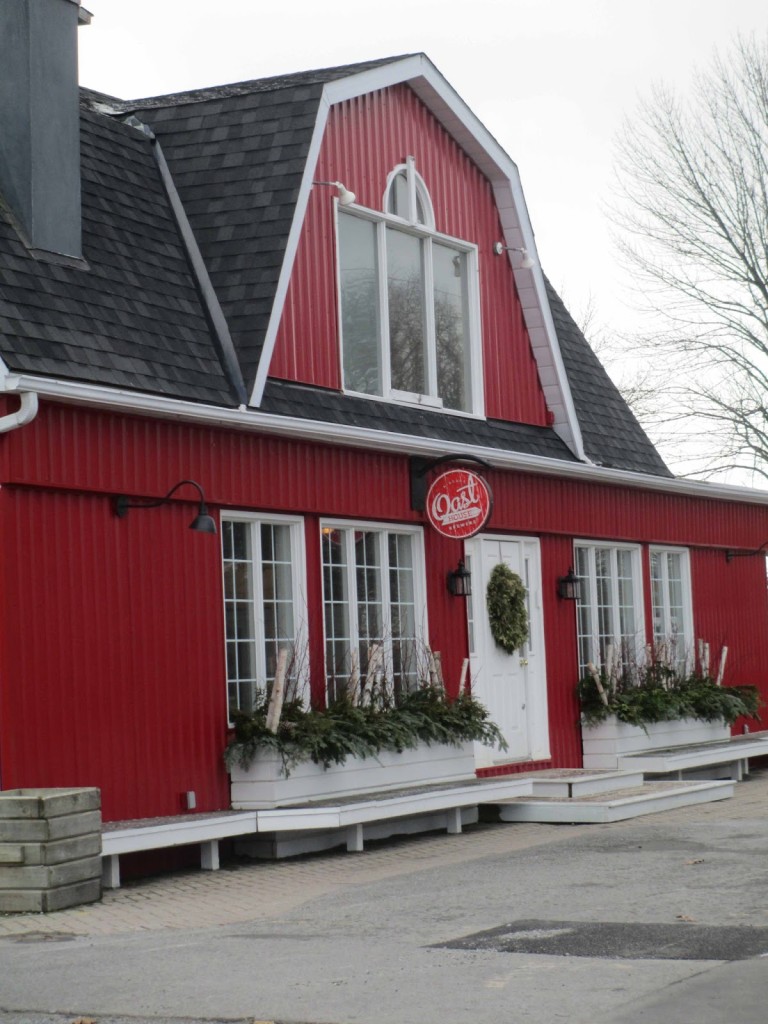 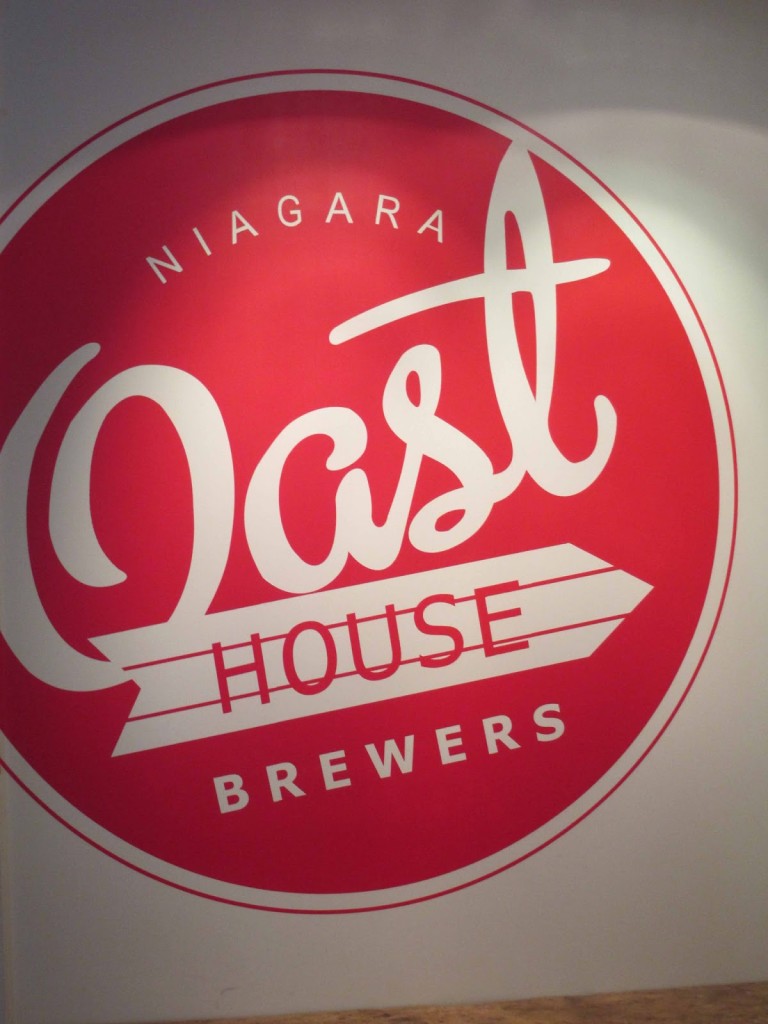 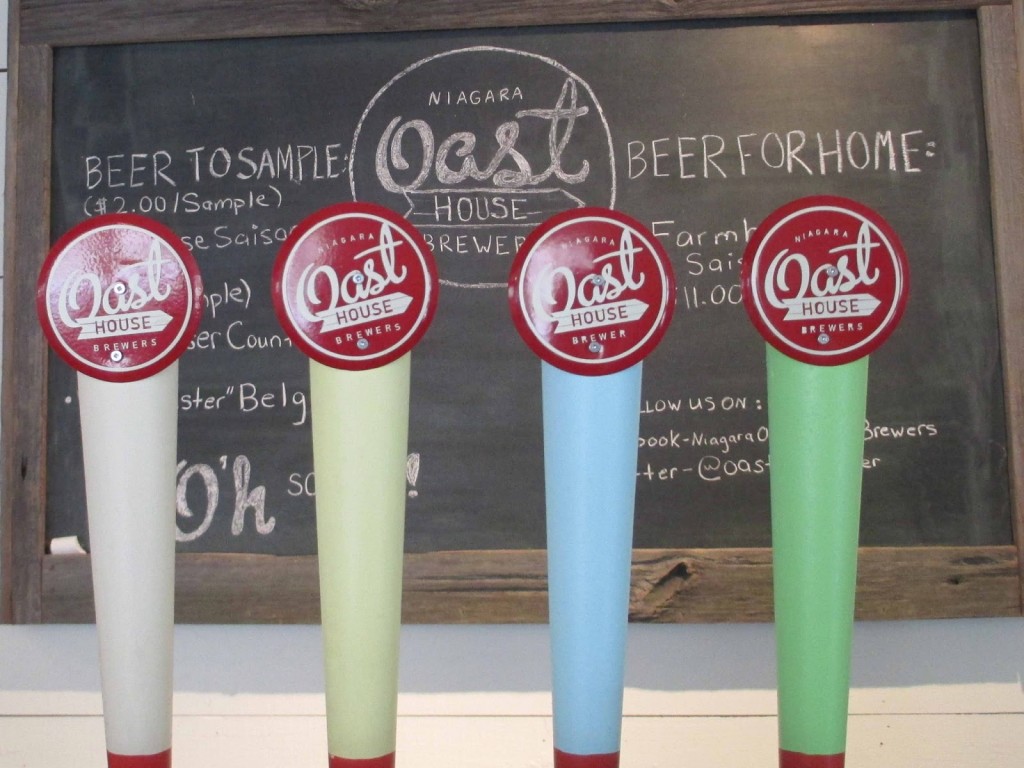 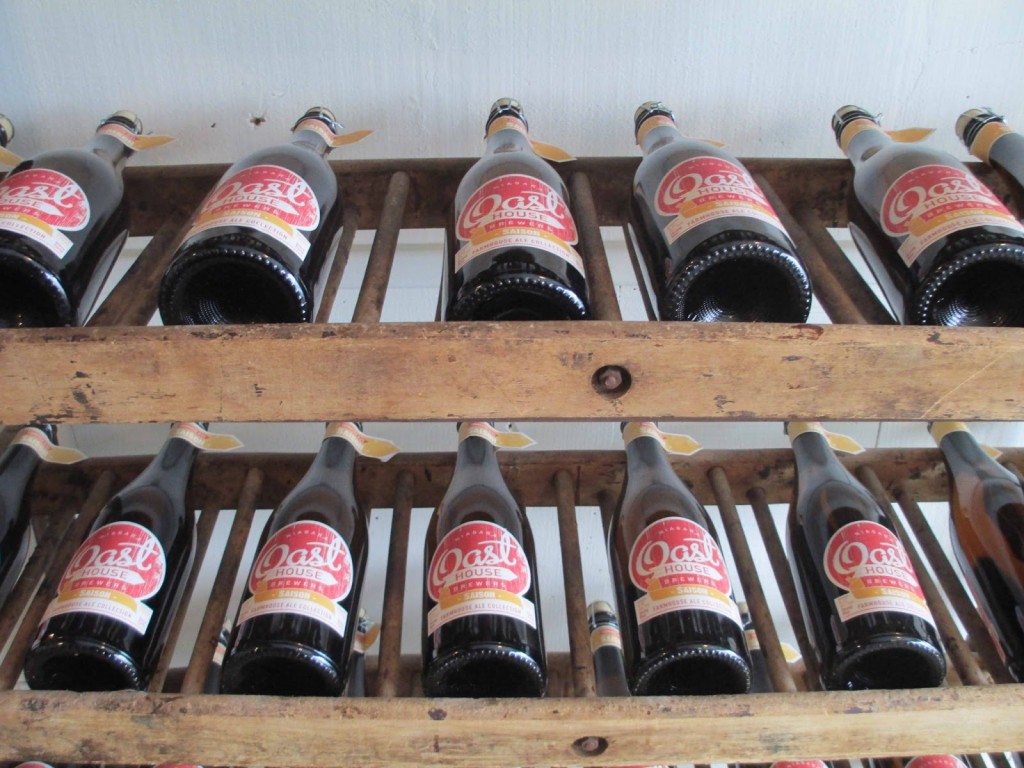 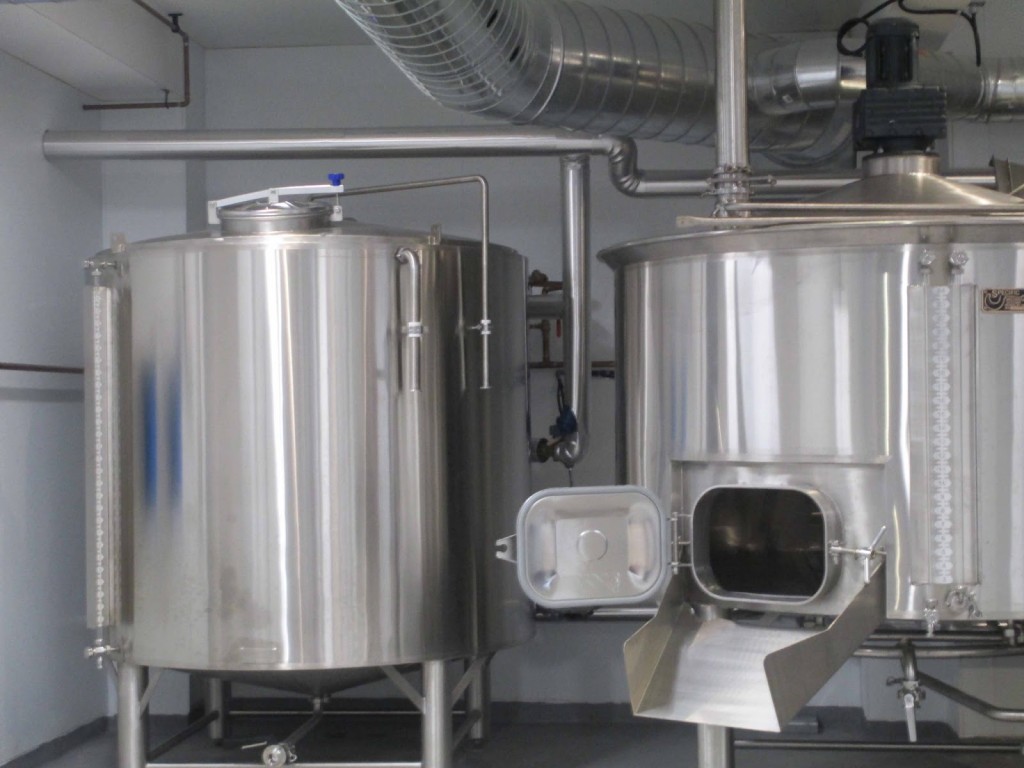